AATi completed a striking project in 2019 for the Pavilion at Granary Square in, Kings Cross, London for Bell Phillips Architects. Having previously supplied over 1500m of Cast Iron (Zinc Plated) stair nosing’s for the surrounding development ‘Coal Drops Yard’ the project now required us to produce a series of ornate cast Ductile Iron Balustrade and Façade panels and balustrades to complete Granary Square Pavilion.

The Pavilion consists of a 105m² retail unit, public WC facilities and a public access lift to connect Granary Square to a new retail complex designed by Thomas Heatherwick. It forms another development at the 67-acre Kings cross site which has become one of the largest redevelopments in London. 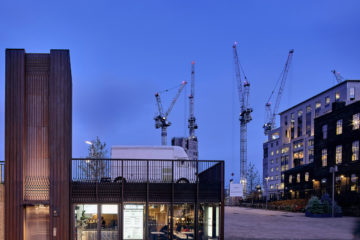 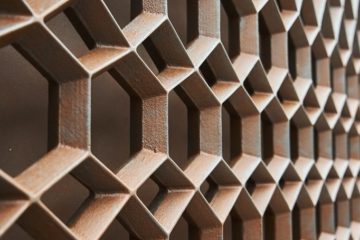 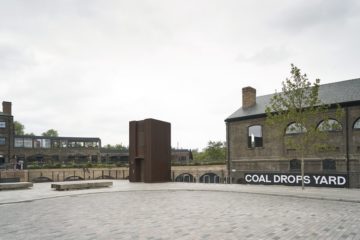 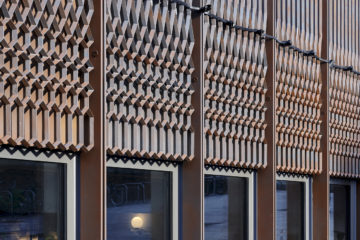 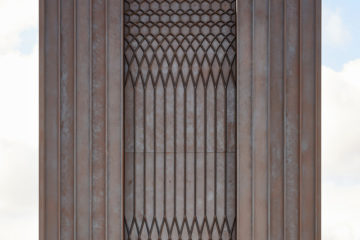 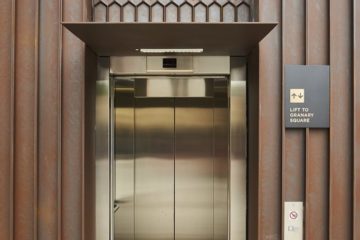 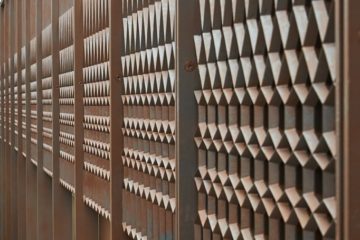 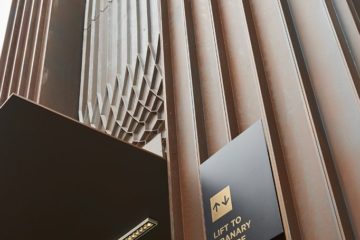 The ornate design of the cast iron facade was actually inspired by the molecular structure of Coal with its hexagonal repeated pattern, a reference to the site’s industrial roots and the site’s namesake ‘Coal Drops Yard’. The architect desired a weathered and rusted but durable finish to the iron. Having already had experience with this kind of desired ‘natural patina’ effect on projects such as the Paul Smith flagship store in Mayfair, AATi and its sister company FSE Foundry were well place to deliver on visual appearance.

40 casting were supplied in total with a combined casting weight of over 4 tonnes. The largest of which, measured 1.9m x 1.1m and weighed 138Kg in cast iron.

AATi has widespread experience of producing cast metal façade and, balustrade architectural panels. We can produce in an array of ferrous and non-ferrous alloys to cater for different aesthetic and structural requirements. To achieve more striking and detailed designs, sand casting is one of the best and most effective ways to achieve some of even the most complex design concepts that are being pushed by architects.