Hackett was established in 1979 by Jeremy Hackett and Ashley Lloyd-Jennings from a stall on Portobello Road, London. This shop was the first, on the "wrong end" of King's Road, in London Chelsea district, was selling second-hand clothes only. After a few years Hackett steadily expanded, increasing the number of branches and moving from obtaining and selling used clothing to designing and trading its own items.

In 1989 International growth began for Hackett with the opening of a Spanish branch in Madrid. Due to success this facilitated the opening of the flagship store in Sloane Street, London the same year. This branch remains the largest and most ample of shops in the UK.

Hackett has continued to expand internationally and now operates from 77 stores in sixteen countries across the globe. As well as expanding geographically, the company has increased its range of services.

Hackett is a luxury lifestyle brand that offers personal and bespoke tailoring, catering for the elegant gentleman wishing to capture the quality and style of classic London, Britain. Therefore, it’s no surprise that when opening the new Barcelona store, AATi are first choice when selecting the stair nosings. Not only leading in passenger safety, and after many years, AATi stair nosings have become part of London’s natural urban beauty. 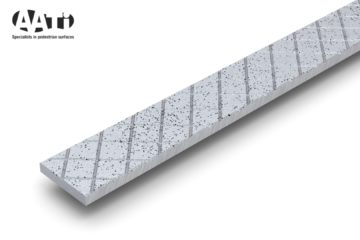