Liverpool Street station first opened in 1874 and by 1895 it had the largest number of platforms than any other terminal railway station in London. Liverpool Street is one of the busiest railway stations in London, serving as the terminus of the West Anglia Main Line to Cambridge, Great Eastern Main Line to Norwich, Stansted Express service to Stansted Airport and other trains serving East London and destinations in the East of England. Not forgetting the integration of London Underground lines; Central, Circle, Hammersmith & City and Metropolitan lines.

Due the ever expanding network, from 2020 Liverpool Street will accommodate a new line – Elizabeth Line which forms part of Crossrail.

Approximately 25 years ago AATi supplied Cast Gunmetal SN3/HDLT/140 and SN3/HDLT/280 stair nosings to the station. In that time frame you will see from the below table that over 1.6bn passengers have entered and exited the station!

As you can see AATi stair nosings offer a very cost effective solution with unrivalled performance when taking into account ‘whole of life’ costs.AATi nosings are heavy duty cast metal with cast-in Silicon Carbide to the wearing surface whereas other inferior nosing products are generally extruded aluminium or GRP. There are clear savings to be made through not having to buy and install numerous times over this period and also saving on passenger disruption which is key to train operating companies and Network Rail. 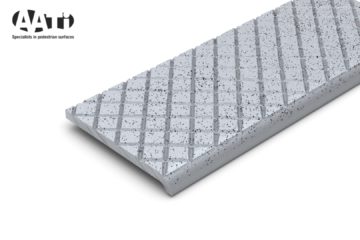 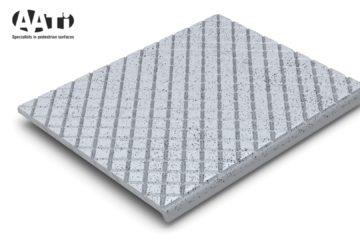